… I have close friends and family members who are teachers, but my appreciation for the work was skin deep. I thought about the physical challenge — like, you have to get up so early, and you have to blow kids’ noses. But it’s actually really cognitively challenging …

… Once you believe kids are quite capable and actually more capable than adults when it comes to learning, then that opens up a whole cascading realm of possibilities…

… In the US, partly because of federalism, we have no central government that can really create coherence. The Feds just keep pushing the one button they have—which is accountability. This idea that if we can just put more pressure on schools, they will produce…

… When you have not done the serious work of selecting and training teachers thoughtfully, you end up having to do all the work on the back end—which is unfair to teachers…

… Why not a reality teaching show? The idea of getting people to watch a teacher teach in a really masterful way and then talk about what she did…

During a recent curriculum review meeting, a social studies teacher looked at the US History final exam that had been used for years in the district. “Why are there 10 questions about the Alamo?” she asked.

Good question for teachers in Pennsylvania. While the Alamo may be interesting, should it comprise 10% of the final exam (and consequently, 10% of the year’s instruction)? With some digging, it didn’t take long for the group to realize that they were using the final exam provided by the textbook manufacturer, and that the textbook was designed for students in Texas. Thus began a deep discussion about the teaching of history, and the realization that sometimes no textbook is better than a significantly biased textbook.

Enter new information from a group of educators assessing proposed textbook updates for Texas — and this should be a concern for everyone. Because, as Texan textbooks get adopted, they are marketed to the rest of the United States:

Scholarly reviews of 43 proposed history, geography and government textbooks for Grades 6-12 — undertaken by the Education Fund of the Texas Freedom Network, a watchdog and activist group that monitors far-right issues and organizations — found extensive problems in American Government textbooks, U.S. and World History textbooks, Religion in World History textbooks, and Religion in World Geography textbooks.  The state board will vote on which books to approve in November.

Ideas promoted in various proposed textbooks include the notion that Moses and Solomon inspired American democracy, that in the era of segregation only “sometimes” were schools for black children “lower in quality” and that Jews view Jesus Christ as an important prophet.

Here are the broad findings of 10 scholars, who wrote four separate reports, taken from an executive summary, followed by the names of the scholars and a list of publishers who submitted textbooks.

Meredith Broussard in The Atlantic:

Last June, the state-run School Reform Commission—which replaced Philadelphia’s school board in 2001—passed a “doomsday budget” that fell $300 million short of the district’s operating costs for the 2014 fiscal year. (The governor of Pennsylvania had already cut almost a billion dollars from public education funding in 2011.) Philadelphia schools were allotted $0 per student for textbooks. The 2015 budget likewise features no funding for books.

It may be many years until Philadelphia’s education budget matches its curriculum requirements. In the meantime, there are a few things the district—and other flailing school districts in America—can do. Stop giving standardized tests that are inextricably tied to specific sets of books. At the very least, stop using test scores to evaluate teacher performance without providing the items each teacher needs to do his or her job. Most of all, avoid basing an entire education system on materials so costly that big, urban districts can’t afford to buy them. Until these things change, it will be impossible to raise standardized test scores—despite the best efforts of the teachers and students who will return to school this fall and find no new books waiting for them. 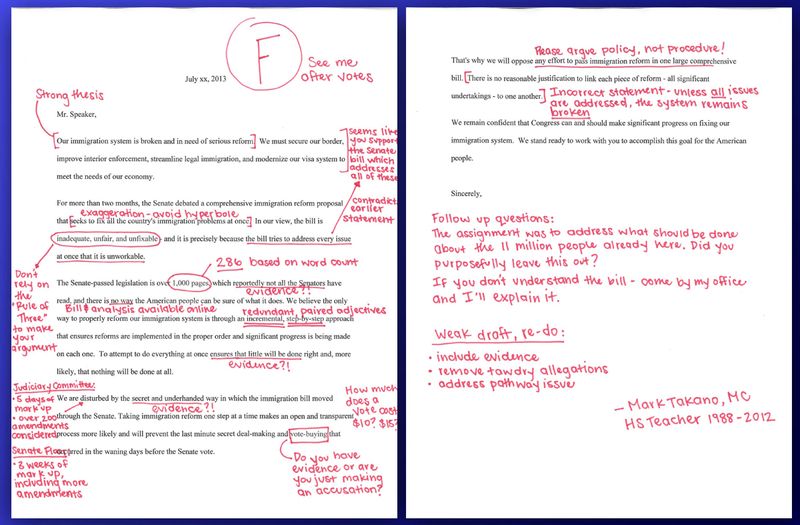 That is courtesy of Rep. Mark Takano (D-CA), a former HS teacher, providing feedback to the Speaker of the House.

I’m not sure how I feel about the need to have an International day to promote women’s rights … part of me feels like we should have gotten to a place of equal rights a while ago.

However, on my recent visit to India, I was up close and personal with the fact that girls around the world are still denied basic educational opportunities that boys receive as a matter of course. 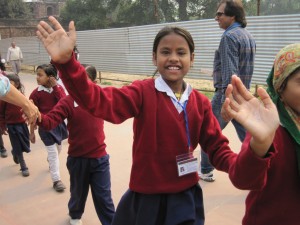 Some of the lucky school girls in New Delhi that gave us the warmest greetings and widest smiles of our visit to India.

The disparity in male/female literacy rates in developing nations is shocking … and in the end, only serves to undermine a country’s efforts to move its citizenry out of poverty.

For a well-articulated reason why educating girls is a global need, visit The Girl Effect and check out the video that explains how girls are the agents of change. 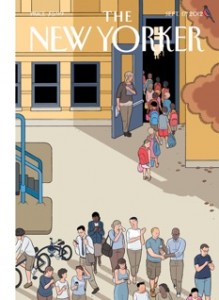 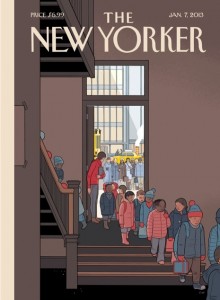 Courtesy of EdWeek, the ESEA Renewal debate in side-by-side comparison:

Food for thought from this letter to the editor:

In these tough economic times, schools are hurting. And yes, everyone in Michigan is hurting right now financially, but why aren’t we protecting schools? Schools are the one place on Earth that people look to to “fix” what is wrong with society by educating our youth and preparing them to take on the issues that society has created.

One solution I believe we must do is take a look at our corrections system in Michigan. We rank nationally at the top in the number of people we incarcerate. We also spend the most money per prisoner annually than any other state in the union. Now, I like to be at the top of lists, but this is one ranking that I don’t believe Michigan wants to be on top of.

Consider the life of a Michigan prisoner. They get three square meals a day. Access to free health care. Internet. Cable television. Access to a library. A weight room. Computer lab. They can earn a degree. A roof over their heads. Clothing. Everything we just listed we DO NOT provide to our school children.

This is why I’m proposing to make my school a prison. The State of Michigan spends annually somewhere between $30,000 and $40,000 per prisoner, yet we are struggling to provide schools with $7,000 per student. I guess we need to treat our students like they are prisoners, with equal funding. Please give my students three meals a day. Please give my children access to free health care. Please provide my school district Internet access and computers. Please put books in my library. Please give my students a weight room so we can be big and strong. We provide all of these things to prisoners because they have constitutional rights. What about the rights of youth, our future?!

Please provide for my students in my school district the same way we provide for a prisoner. It’s the least we can do to prepare our students for the future…by giving our schools the resources necessary to keep our students OUT of prison.

To improve its public schools, the United States should raise the status of the teaching profession by recruiting more qualified candidates, training them better and paying them more, according to a new report on comparative educational systems …

“Teaching in the U.S. is unfortunately no longer a high-status occupation,” Mr. Schleicher says in the report, prepared in advance of an educational conference that opens in New York on Wednesday. “Despite the characterization of some that teaching is an easy job, with short hours and summers off, the fact is that successful, dedicated teachers in the U.S. work long hours for little pay and, in many cases, insufficient support from their leadership …

“You can spend a lot of money on education, but if you don’t spend it wisely, on improving the quality of instruction, you won’t get higher student outcomes …”

Fascinating opinion piece in the NY Times by Paul Krugman – we really have to stop asserting that more of our kids need college in order to be successful:

Yes, we need to fix American education. In particular, the inequalities Americans face at the starting line — bright children from poor families are less likely to finish college than much less able children of the affluent — aren’t just an outrage; they represent a huge waste of the nation’s human potential.

But there are things education can’t do. In particular, the notion that putting more kids through college can restore the middle-class society we used to have is wishful thinking. It’s no longer true that having a college degree guarantees that you’ll get a good job, and it’s becoming less true with each passing decade.